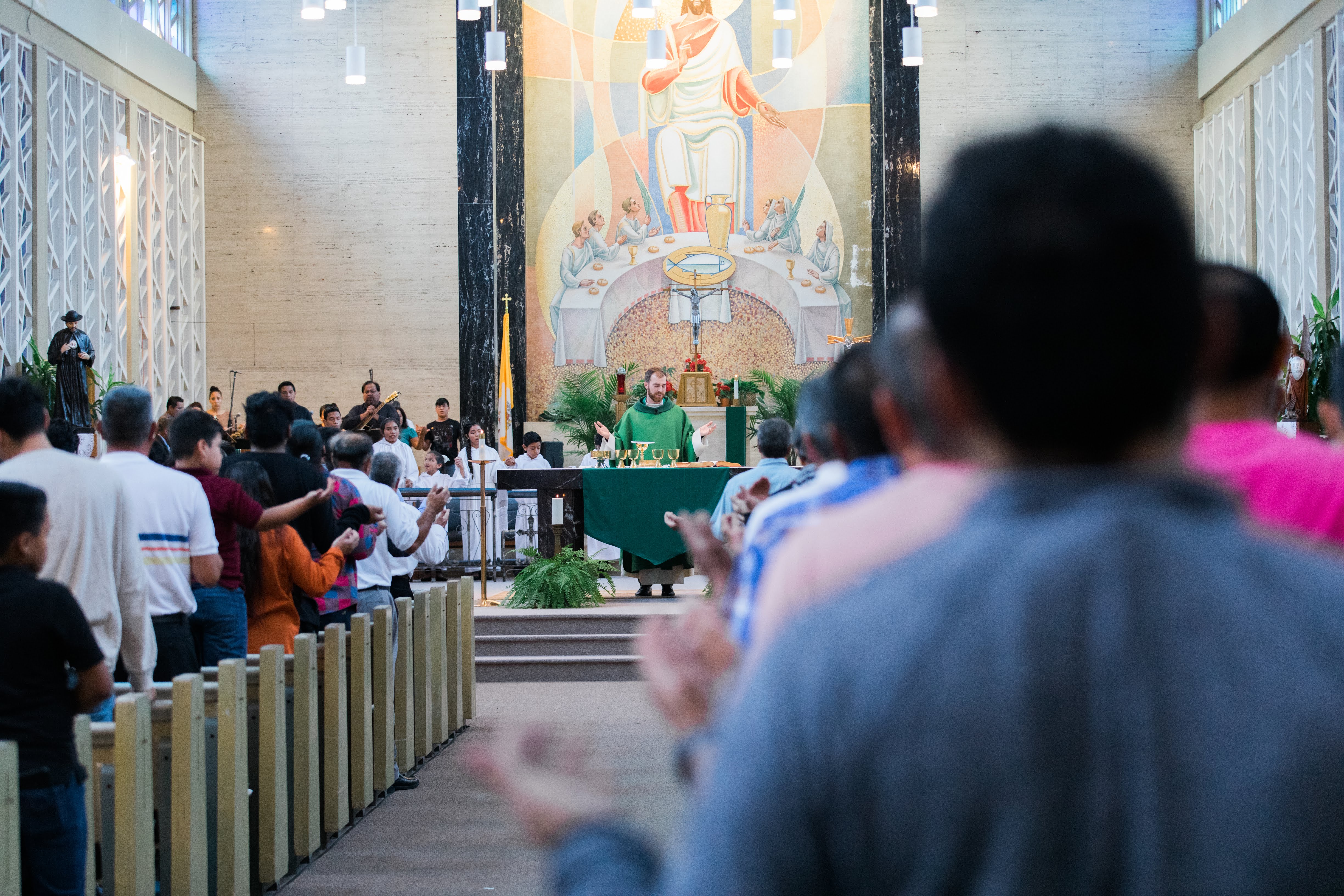 Pruning for the Move to Families of Parishes

I am the true vine, and my Father is the vine grower.
He takes away every branch in me that does not bear fruit,
and every one that does he prunes so that it bears more fruit.
You are already pruned because of the word that I spoke to you.
Remain in me, as I remain in you.
Jn 15:1-4

When my wife and I first bought our home in Bruce Township a few years ago, our lot was overgrown with weeds and a number of trees that hadn’t been addressed in many years. While the home was newly constructed, the grounds around it were, shall we say, native. We didn’t realize it at first, but we had eight pear trees on our property. (As it turned out there were more, but hold that for now.)

And so we hired people to take out all the weeds, put in a deck, patio, sprinklers and grass seed, and to prune back the trees. There were a couple of trees off to the side of the lot that we didn’t think were ours; we thought they belonged to the neighbors. After our landscapers had left, we came to realize that these trees were actually on our property, and they too were pear trees. But they were in rough shape and they bore no fruit.

After a year or so, we decided that the unsightly trees off to the side of the property needed to be trimmed up as well. So we had someone cut away one tree that was pretty well dead and prune the other. That next year, this pear tree that they had worked on gave an incredible harvest of pears. The fact that it was pruned freed it up to do something it hadn’t done for probably many years, which was to provide beautiful fruit. This was a lesson for me in the value of pruning. Gospel passages like this one and others like it speak about the value of pruning, but I never fully understood it when I lived in Rochester. Now that I’m out in the country, it makes a whole lot more sense to me.

All of us have a need to prune things in our lives, whether in the religious sense or in the secular sense. I have found that many things that I used to be happy to do when I was younger I no longer do but hire others to do for me. Part of the reason for this is that I’m less able or inclined to do hard manual labor, and part of that is because I need to free up time to do my full-time job with the Archdiocese and my side job with St. John Vianney as a Deacon. Thus I have pruned away some of my tasks to allow me to bear better fruit in other areas.

From the religious perspective , there is need for pruning as well. As we grow and mature in our faith, we come to realize that some of the prayers that we knew when we were younger aren’t that helpful anymore and they need to be pruned. We learn new prayers, and most of us take on a more conversational prayer style with the Lord as we tell him about our hopes and fears. For many of us – myself included – our prayers evolve into being much more about interceding for our children and less about things that we want or need.

The church too is in need of pruning as the years go by. What we think of as church today is in many ways different than what the church was like one hundred, two hundred, or five hundred years ago. The fundamentals of the faith remain the same through all of time and they are embodied in our doctrines, but the details change as society grows and changes. Masses used to always be said in Latin, but today they are spoken in the native language of the local community. Priests used to have their backs to the people when they said Mass, but now they face the people.

Here in the Archdiocese of Detroit, we are pruning as well as we make our move into Families of Parishes. Families of Parishes are groups of parishes, generally three to six parishes in total, who come together to do things more efficiently, more effectively, and to better utilize the dwindling number of priests that we have. In so doing, they allow the church to be more missionary. They allow us to combine our efforts at evangelizing the people of our communities. On July 1st of this year, 26 families will launch, covering about half of the parishes in the Archdiocese of Detroit.

In a Family of Parishes, many of the administrative tasks will be combined and given to just one priest so that the others can be free to do more ministry. The laity will be much more involved in the day-to-day tasks of the parishes in the family in that they will take on some of the functions which the priests may not have an interest in doing or may not be particularly good at. And Staffs will be shared across multiple parishes, which will make us more efficient and allow us to free up laity to do other things as well.

If we are going to be more evangelizing in our approach to our faith, we need to find ways to reduce or even eliminate some of the maintenance tasks that bog us down. We need to focus more on the mission. This has been the message coming out of the Vatican from the past three popes, and it is the clear message of our own Archbishop Vigneron in his 2017 pastoral letter Unleash the Gospel. In short, we need to do some pruning as well.

But as we seek to prune our work here in the Archdiocese, it is vitally important to remember that we must remain connected to the Lord Jesus Christ every step of the way. Even a properly pruned branch will wither and die if it is not connected to the vine which is Jesus. We must never fall into the trap of thinking that our move to Families is only about efficiencies and improved financials. No, it is about being more missionary, about doing more sharing of the Good News, and about ultimately bearing more and better fruit from our efforts.

Jesus tells us in the Gospel of John, “By this is my Father glorified, that you bear much fruit and become my disciples.” May we always remember that everything we do as Church is about glorifying God. Details and structures will change over time to meet the needs of our current situation, as is true with Families of Parishes. But in the end we must remain in Jesus if we are to bear fruit.